John has been a Countryside resident for over twenty years and resides in Ward 2 with his wife Kathy of  twenty five years who works at a local hospital. They have six children. John was the owner and founder of Von Drasek Roofing Inc. and recently joined Licitra Roofing in Brookfield after twenty-four years of  being self-employed. John is currently chairman of the Water Committee, a member of the, Human Resources, License, and Flagg Creek Golf Course Committee. In addition, John is the City liaison to Aging Well, an outreach program for seniors, and was instrumental in creating the Fall Leaf Raking Program for our City residents. John personally rakes leaves with area youth.

Since becoming Alderman in April of 2005, John is constantly taking on many important City issues. For example, as a member of the Infrastructure Committee, he had the ditch replaced on Sunset Avenue. As a member of the Recreation and Water Committees, he both oversaw and played a key role in getting several necessary improvements completed.

John is also in constant communication with City staff to make certain that the City applies for all potential grant funds which may benefit the City. For example, John played an important role in the City receiving grant money in 2009, 2010, and 2011 for street improvements in the 5th Avenue Cutoff area (74th and Sunset as well as Prescott) which were in deplorable condition. As former Chairman of the Recreation Committee, John initiated the enhancement of our existing parks for the City of Countryside. John is also a fiscally responsible elected official to help achieve the current bond rating and recognition awards the City receives for financial excellence. Through John’s efforts, Countryside has been recognized for financial transparency. In addition, he played a role in which the City recently secured grant funding through a joint process with School District 105 for the renovation of Ideal Park.

John is a team player and is always results driven. Since being sworn in as Alderman, he and the other Ward 2 Alderman, Tom Mikolyzk, have worked very well together as a team and have done great things for this City.

John would like to thank the residents for providing him the privilege of being a Ward 2 Alderman. John is an invested Ward 2 resident and leader not only in Countryside but surrounding communities. John’s commitment to Countryside is driven by making his wife and six children proud to call Countryside home. He will continue to vote in the best interest of his Ward and the City as a whole and hopes to be a voice of Ward 2 for many years to come. 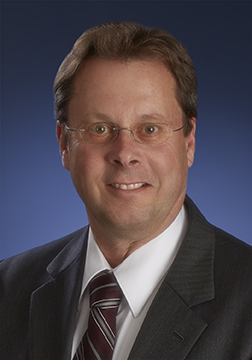